Preserving Memories: A Sticker Book from 1938

Left: Houghton, Samuel G. (1938) The Music Album: a “stamp album” to collect and record your musical experiences and memories. New York: Morrow. Many apps and programs are developed for the musician and educator. Apps for tablets and laptops, programs for composing and performing, everything today’s musician would love to have. However, what is available for storing your favorite listening memories? Not the music, which we all can do now by making MP3s, but the memory of when you heard it? Several years before my dad died, he gave me a book that he had received for Christmas in 1938. He handed it to me in such a way that I was meant to cherish it the way he had all those years. In fact, the binding is almost all worn away, the front cover barely holds onto the rest of the book, old tape broken off and replaced several times. A review from 1938: “This is fun -- and it should have double sale, for adults and for boys and girls. In fact, sell it as a family record, of music shared and experienced. Radio, concert, phonograph -- however, wherever, whatever has been heard can be noted in a novel way. The book is first of all virtually a dictionary of musicians, composers, compositions.” — Reviews

This book has nearly 150 pages of lists of conductors, soloists, and composers’ major works. In the back there are colored stickers: pink for vocal, yellow for chamber, and blue for symphonies. My dad was thirteen years old when he started using this book.

By 1939, my grandfather had lost all of his assets due to the depression and the family had to move from Hudson into the city of Cleveland. My dad, at age 14, was left behind to live with friends of the family in order to stay in his school. During this upheaval in his life, my dad was using his new book. It was kept safe and sound over the years, while he raised four kids and saw his two grandchildren grow, until the day he handed it to me.

Do you ever think back to a particular performance, say of Tchaikovsky Piano Concerto No.1, and remember it as the ultimate experience of that piece? Even though you have heard it many times, that is the performance that still give you chills when you remember it. I think this is what this book meant to my dad. It was a companion of collections of memories, just as the subtitle predicts: collect and record.

I was thinking how I collect my musical memories, all the stored video recordings and folders of old programs. Somehow I think his way was slightly more efficient, and I wish The Music Album was still being published. Imagine what our students would learn if they collected memories in a book like this. 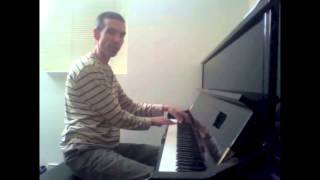 Cultivating Creative, Motivated Students - Part 3: Get Up and Move!

The Benefits of Rote Teaching